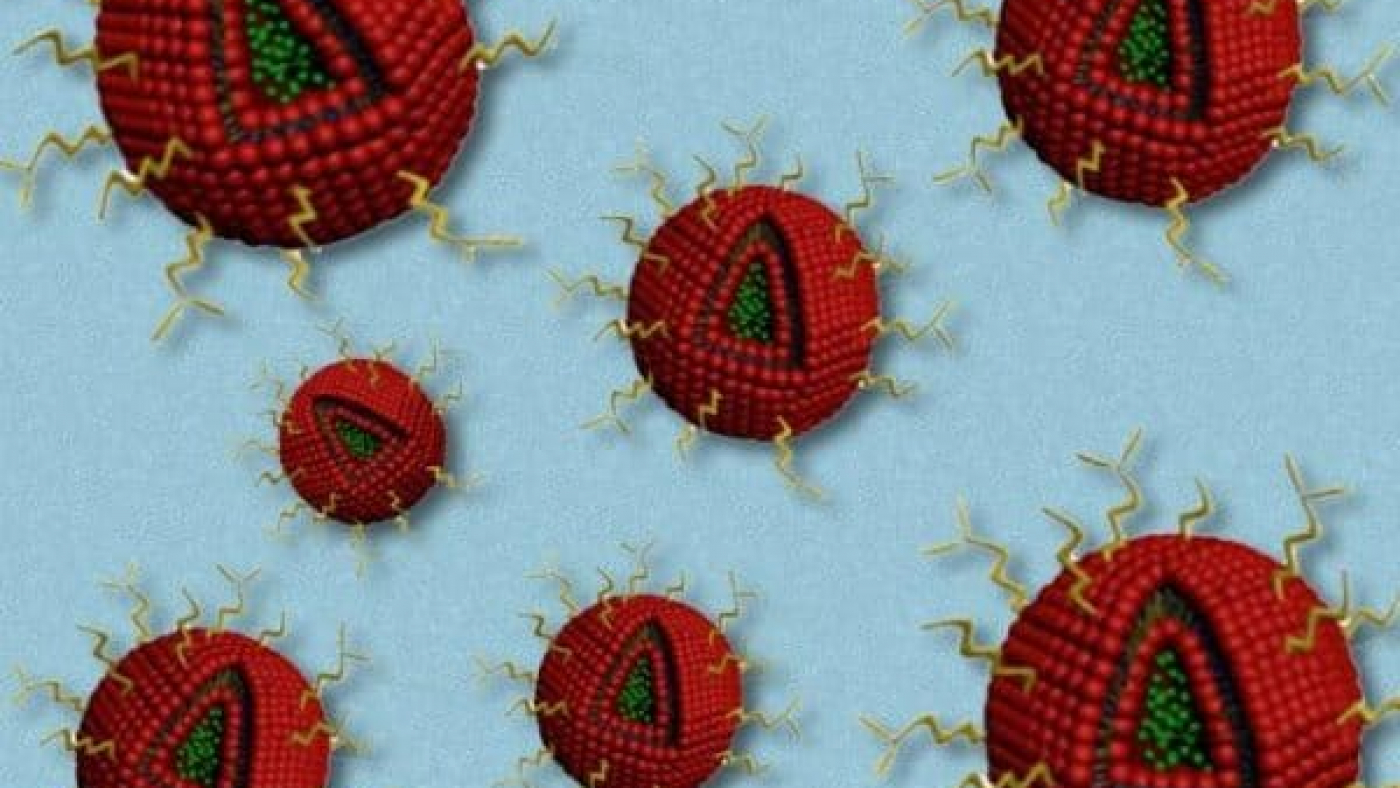 by fomat_medical
Blogs & Updates
Glioblastoma multiforme, a type of brain tumor, is one of the most difficult-to-treat cancers. Only a handful of drugs are approved to treat glioblastoma, and the median life expectancy for patients diagnosed with the disease is less than 15 months.
MIT researchers have now devised a new drug-delivering nanoparticle that could offer a better way to treat glioblastoma. The particles, which carry two different drugs, are designed so that they can easily cross the blood-brain barrier and bind directly to tumor cells. One drug damages tumor cells’ DNA, while the other interferes with the systems cells normally use to repair such damage.
In a study of mice, the researchers showed that the particles could shrink tumors and prevent them from growing back.
“What is unique here is we are not only able to use this mechanism to get across the blood-brain barrier and target tumors very effectively, we are using it to deliver this unique drug combination,” says Paula Hammond, a David H. Koch Professor in Engineering, the head of MIT’s Department of Chemical Engineering, and a member of MIT’s Koch Institute for Integrative Cancer Research.
Hammond and Scott Floyd, a former Koch Institute clinical investigator who is now an associate professor of radiation oncology at Duke University School of Medicine, are the senior authors of the paper, which appears in Nature Communications. The paper’s lead author is Fred Lam, a Koch Institute research scientist.
The nanoparticles used in this study are based on particles originally designed by Hammond and former MIT graduate student Stephen Morton, who is also an author of the new paper. These spherical droplets, known as liposomes, can carry one drug in their core and the other in their fatty outer shell.
To adapt the particles to treat brain tumors, the researchers had to come up with a way to get them across the blood-brain barrier, which separates the brain from circulating blood and prevents large molecules from entering the brain.
The researchers found that if they coated the liposomes with a protein called transferrin, the particles could pass through the blood-brain barrier with little difficulty. Furthermore, transferrin also binds to proteins found on the surface of tumor cells, allowing the particles to accumulate directly at the tumor site while avoiding healthy brain cells.
This targeted approach allows for delivery of large doses of chemotherapy drugs that can have unwanted side effects if injected throughout the body. Temozolomide, which is usually the first chemotherapy drug given to glioblastoma patients, can cause bruising, nausea, and weakness, among other side effects.

Building on prior work from Floyd and Yaffe on the DNA-damage response of tumors, the researchers packaged temozolomide into the inner core of the liposomes, and in the outer shell they embedded an experimental drug called a bromodomain inhibitor. Bromodomain inhibitors are believed to interfere with cells’ ability to repair DNA damage. By combining these two drugs, the researchers created a one-two punch that first disrupts tumor cells’ DNA repair mechanisms, then launches an attack on the cells’ DNA while their defenses are down.

“This is yet another example where the combination of nanoparticle delivery with drugs involving the DNA-damage response can be used successfully to treat cancer,” says Michael Yaffe, a David H. Koch Professor of Science and member of the Koch Institute, who is also an author of the paper.

In the mouse studies, the researchers found that animals treated with the targeted nanoparticles experienced much less damage to blood cells and other tissues normally harmed by temozolomide. The particles are also coated with a polymer called polyethylene glycol (PEG), which helps protect the particles from being detected and broken down by the immune system. PEG and all of the other components of the liposomes are already FDA-approved for use in humans.

“Our goal was to have something that could be easily translatable, by using simple, already approved synthetic components in the liposome,” Lam says. “This was really a proof-of-concept study [showing] that we can deliver novel combination therapies using a targeted nanoparticle system across the blood-brain barrier.”

The researchers anticipate that this type of nanoparticle delivery could also be used with other cancer drugs, including many that have never been tried against glioblastoma because they couldn’t get across the blood-brain barrier.

“Because there’s such a short list of drugs that we can use in brain tumors, a vehicle that would allow us to use some of the more common chemotherapy regimens in brain tumors would be a real game-changer,” Floyd says. “Maybe we could find efficacy for more standard chemotherapies if we can just get them to the right place by working around the blood-brain barrier with a tool like this.”