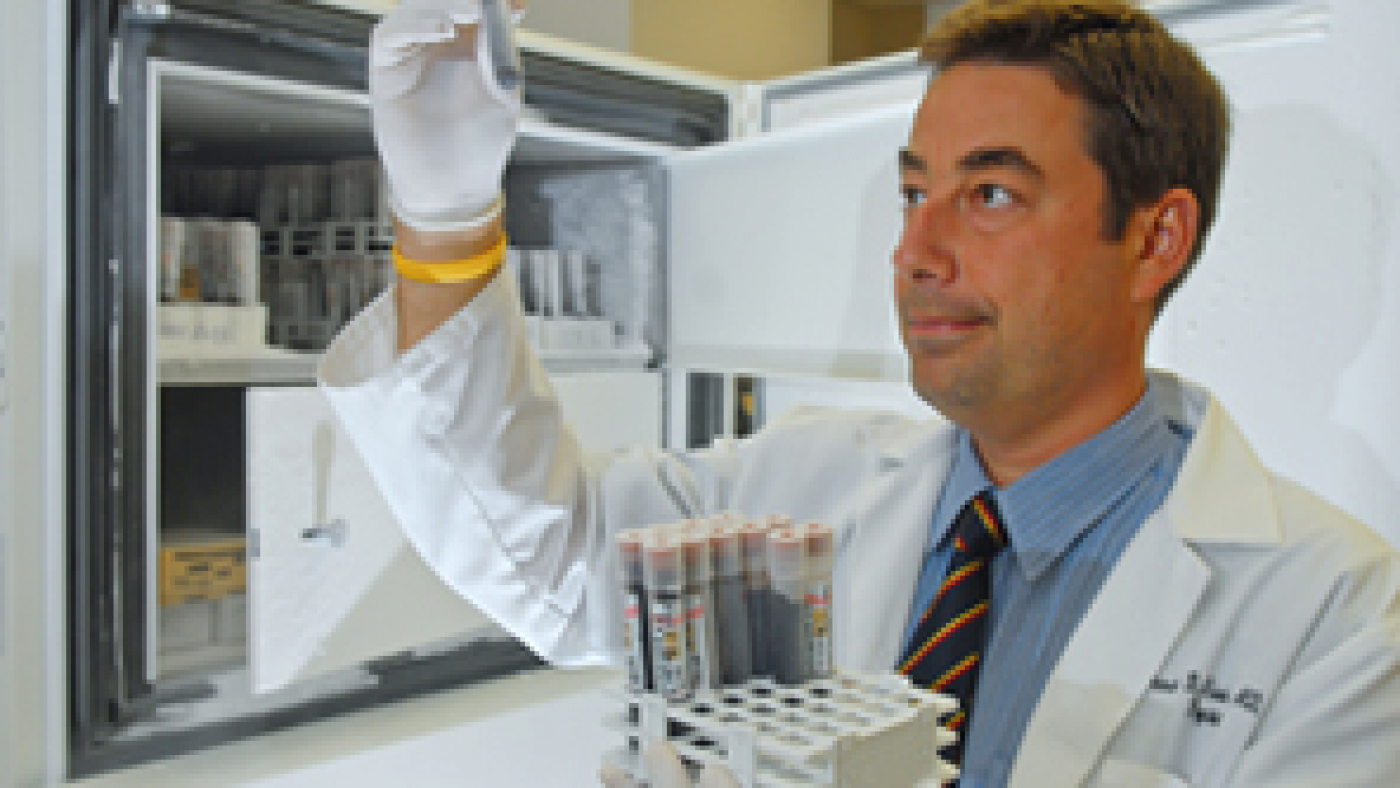 A group of 11 genes can successfully predict whether an individual is at increased risk of alcoholism, a research team from the United States and Germany reported.
“This powerful panel of just 11 genes successfully identified who has problems with alcohol abuse and who does not in tests in three patient populations on two continents, in two ethnicities and in both genders,” said Alexander B. Niculescu III, principal investigator and associate professor of psychiatry and medical neuroscience at the Indiana University School of Medicine.
The panel of genes is highly accurate in its differentiation of alcoholics from controls at a population level, and less so at an individual level, likely due to the major and variable role environment plays in the development of the disease in each individual, the authors noted. Nevertheless, such a test could identify people who are at higher or lower risk for the disease.
“As alcoholism is a disease that does not exist if the exogenous agent (alcohol) is not consumed, the use of genetic information to inform lifestyle choices could be quite powerful,” the authors wrote in the paper, published online in the journal Translational Psychiatry.
“We believe this is the strongest result to date in the field of alcoholism and offers a comprehensive- though not exhaustive- window to the genetics and biology of alcoholism,” Niculescu said.
Niculescu, attending psychiatrist and research and development investigator at the Richard L. Roudebush Veterans Affairs Medical Center in Indianapolis, cautioned that genetic tests indicate risk, not certainty, and that “genes act in the context of environment.”
Alcohol is legal, widely available, and subject to advertising and social pressures, he noted; but knowing one has a genetic predisposition to alcohol abuse could encourage behavioral and lifestyle changes.
The researchers incorporated data from a German genome-wide study of alcoholism with data from a variety of other types of research into genetic links to alcoholism using a system called Convergent Functional Genomics. The work produced a group of 135 candidate genes.
The researchers then looked at the overlap between those 135 genes and genes whose expression activity was changed in a mouse model of stress-reactive alcoholism- research mice that respond to stress by consuming alcohol. The mouse model enables researchers to zero in on key genes that drive behavior without the myriad environmental effects that are present in humans.
Read full story here
Source: Indiana University