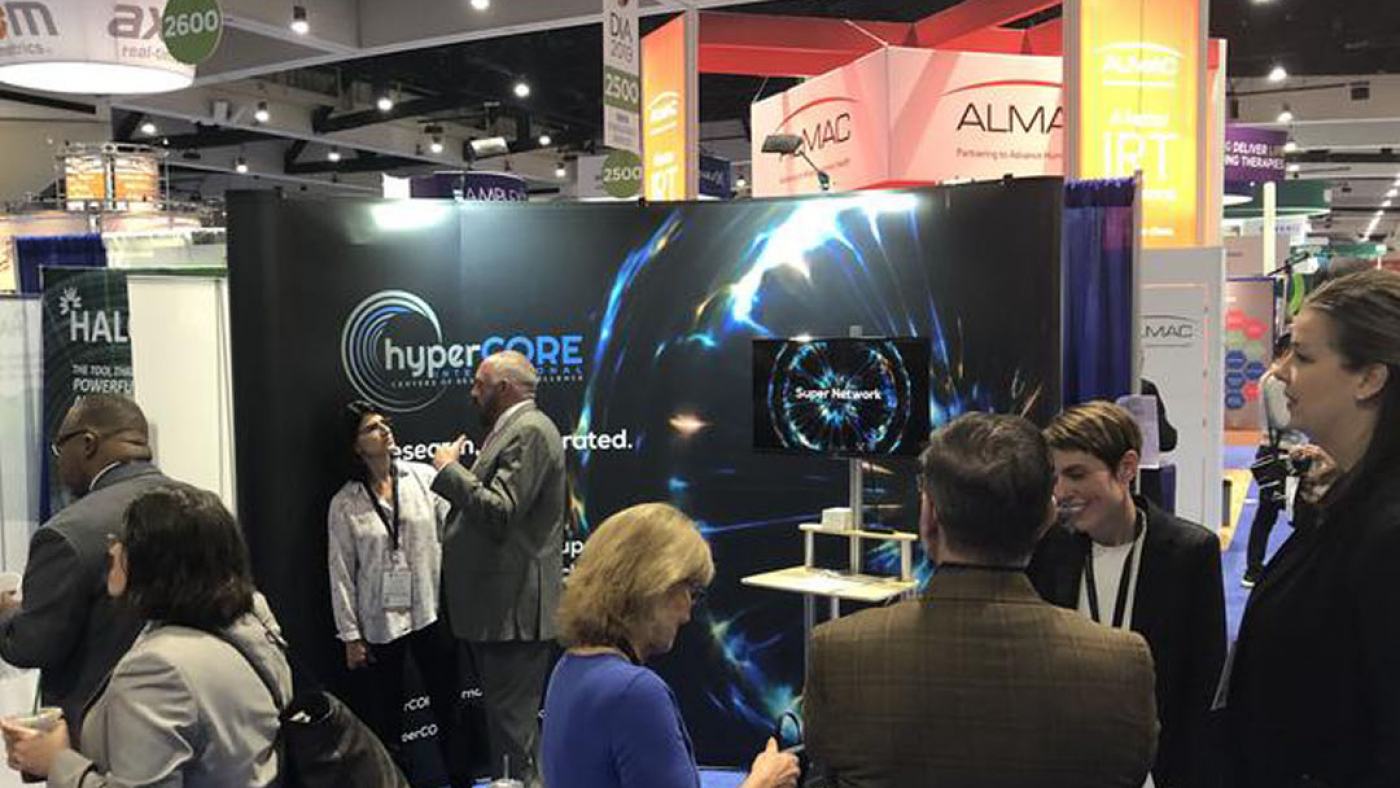 Last weekend several prominent members of the clinical research industry gathered at the 2019 Global Site Solutions Summit hosted at the Diplomat Beach Resort in Hollywood Florida. This marks the 14th year in a row that the event has been held, and it once again served as a space for sites, CRO’s, and other industry professionals to build their business, establish connections, discover innovations, and discuss best practices in the field of clinical research.
To commemorate the passing of SCRS founder and CEO Christine Pierre last year, a special tribute and commemorative pin bearing her iconic red glasses were handed out to members of the event. Throughout the weekend, the expo halls rang with nostalgia as countless stories of Christine’s contributions to the industry and legacy as a trailblazer for global clinical research sites were exchanged between guests.  A special tribute was held at the event on October 11 on the main stage from 4:15-4:30 to honor her memory.
After the hard launch of HyperCORE at DIA in June, SCRS 2019 was the first definitive outing for the alliance that showcased the unity of its eight members. The level of respect and comradery in the organization was at an all-time high during the event. In addition to rekindling old friendships, new relationships between sites, SMO’s and key figures were established. Invaluable feedback was collected from visitors to the HyperCORE booth which will be used to shape future projects and events moving forward. Over the weekend a party for HyperCORE was held at which Executive Director Michael Casey performed an entire magic show and it was a magical evening, to say the least.

FOMAT CEO Nicholas Focil spoke on October 12th at the “A Shared Vision: Boosting Your Research Operations” panel on October 12 from 4:30 pm – 5:30 pm. The focus of the panel was on operations. How to best optimize practices within a clinical trial and how to establish a shared vision for clinical research on an organizational level. The speakers provided an administrative overview of the clinical, regulatory, and financial risks of research and also discussed how to best determine current and future research staffing models used to drive up quality and profitability. The event was moderated by Tristen Richins (QCare Head of Business Development, IQVIA) with other panelists Hans Christian Hoeck (CEO, TrialCare Research) and Lestter Cruz Serrano (Medical Affairs Advisor, Cognizant) all greatly contributing to the conversation. All three panelists provided insightful commentary and answered questions from the crowd which ranged from university professionals to industry veterans. The panel was overall successful and provided critical insight for the crowd and panelists alike. Overall, SCRS19 was a tremendous success for both HyperCORE and FOMAT. New memories and bonds have been forged that will carry over well after next year’s event.