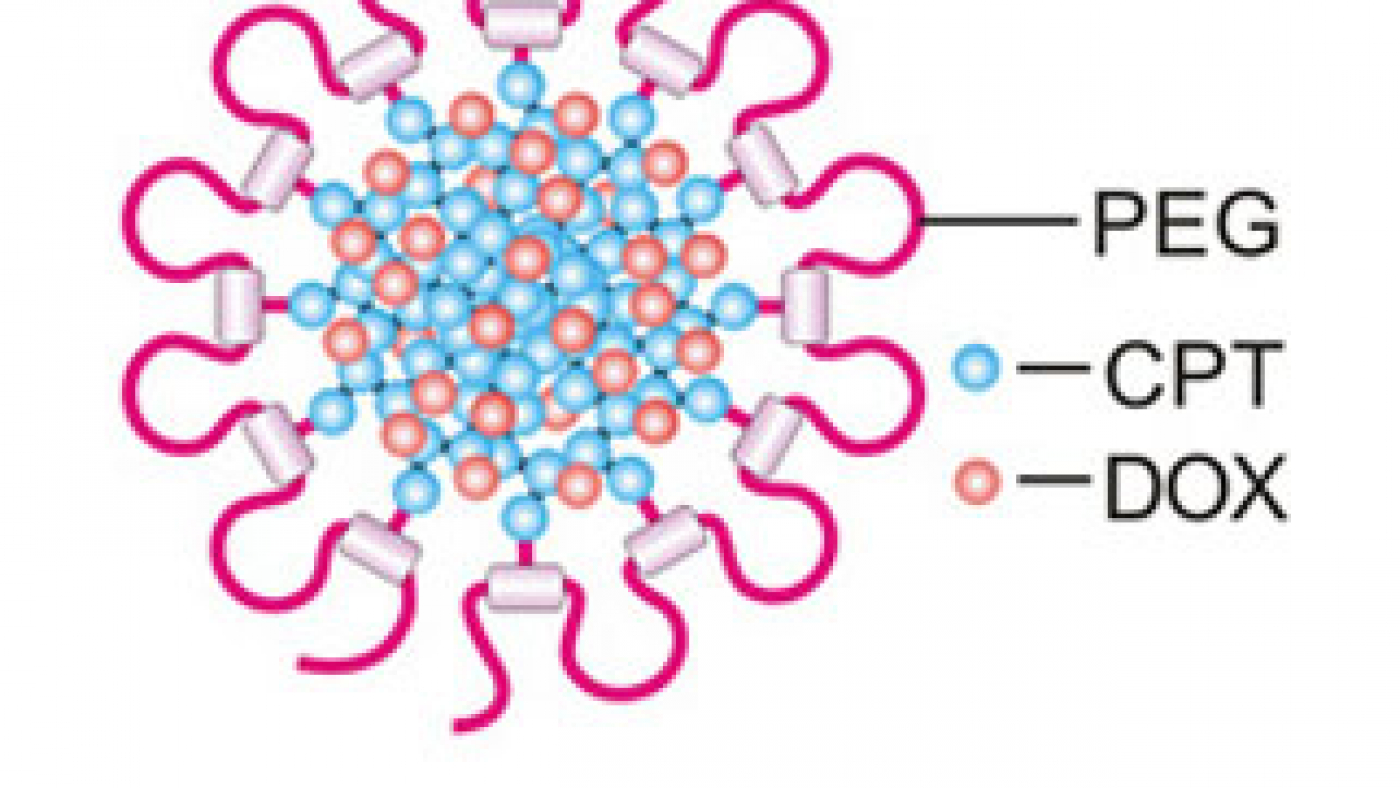 Biomedical engineering researchers have developed daisy-shaped, nanoscale structures that are made predominantly of anti-cancer drugs and are capable of introducing a “cocktail” of multiple drugs into cancer cells. The researchers are all part the joint biomedical engineering program at North Carolina State University and the University of North Carolina at Chapel Hill.
“We found that this technique was much better than conventional drug-delivery techniques at inhibiting the growth of lung cancer tumors in mice,” said Dr. Zhen Gu, senior author of the paper and an assistant professor in the joint biomedical engineering program. “And based on in vitro tests in nine different cell lines, the technique is also promising for use against leukemia, breast, prostate, liver, ovarian and brain cancers.”
To make the “nanodaisies,” the researchers begin with a solution that contains a polymer called polyethylene glycol (PEG). The PEG forms long strands that have much shorter strands branching off to either side. Researchers directly link the anti-cancer drug camptothecin (CPT) onto the shorter strands and introduce the anti-cancer drug doxorubicin (Dox) into the solution.
PEG is hydrophilic, meaning it likes water. CPT and Dox are hydrophobic, meaning they don’t like water. As a result, the CPT and Dox cluster together in the solution, wrapping the PEG around themselves. This results in a daisy-shaped drug cocktail, only 50 nanometers in diameter, which can be injected into a cancer patient.
Once injected, the nanodaisies float through the bloodstream until they are absorbed by cancer cells. In fact, one of the reasons the researchers chose to use PEG is because it has chemical properties that prolong the life of the drugs in the bloodstream.
Read full story here
Source: North Carolina State University