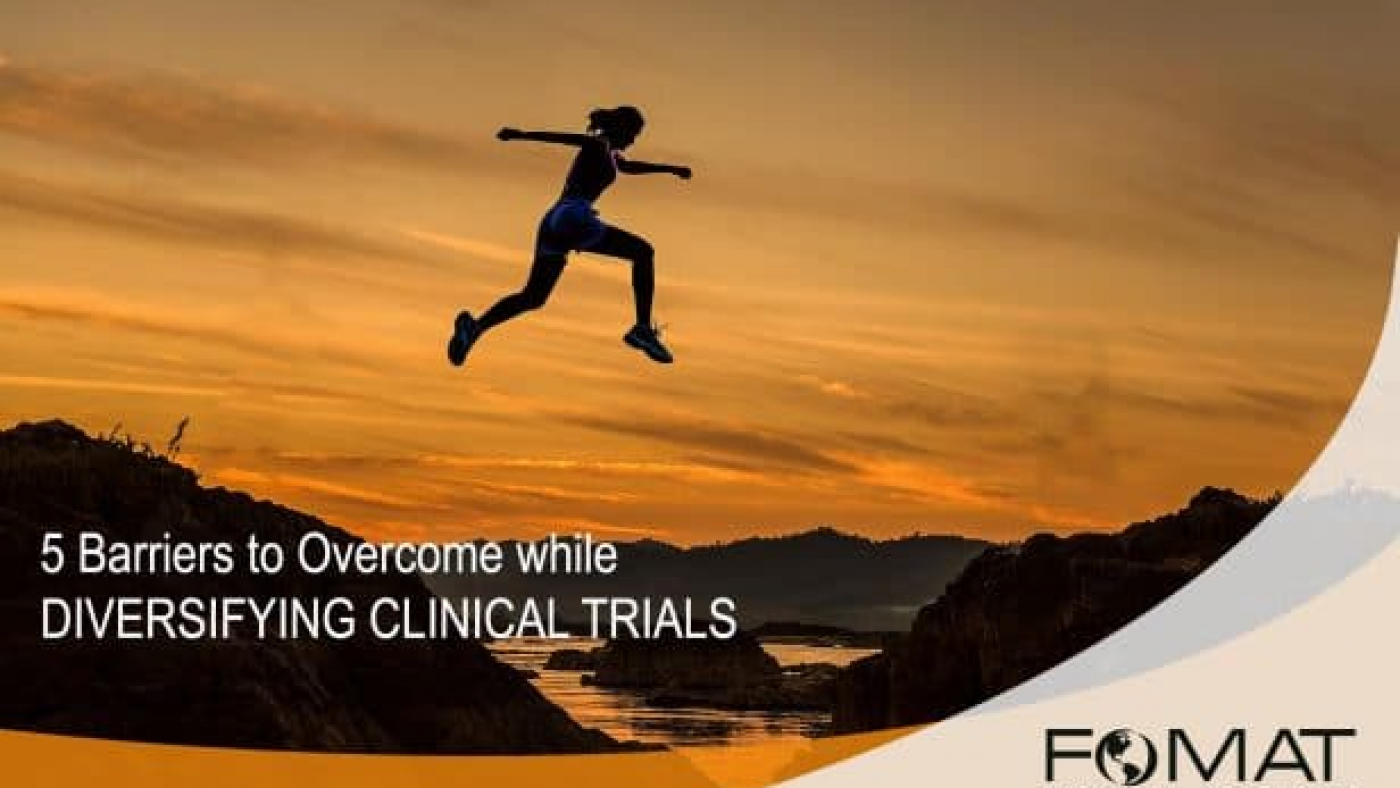 Minority participation in clinical trials is an important topic in public health discussions. This representation touches on issues of equality and the elimination of disparities, which are core values of the field. The FDA Safety and Innovation Act introduced in 2012, encourages the inclusion of minorities as one of its core values.

Now that you have considered the reasons to diversify your research. We would like you to meet the Barriers Diversifying Clinical Trials.

It is currently difficult to assess precisely the demographics of phase I participants. The reason is the lack of centralized databases containing this type of information across clinical trials. Hence minorities account for fewer than 10 percent of patients enrolled in clinical trials.

Just to give an example, despite the fact that Hispanics are a growing minority in the U.S. (this ethnic represents over 17% of the entire U.S population) their participation is one of the lowest. The evidence can be found in one report estimated Hispanic representation in NIH. The report estimates Hispanics participation at 7.6% of all research participants, and a report on industry-sponsored studies found that only 3% of those participants were Hispanic.

Also we have to mention that few people is aware of the benefits clinical trials could bring to them and the society in general. This lack of awareness sometimes reaches physicians generating distrust and biases. For us this had been the most difficult of the barriers diversifying clinical trials.

Trust is a major barrier to participation, as well as a general lack of trust in healthcare institutions or the healthcare system. Trust can be a hard thing to measure, but it can be strengthened. To add another example, African Americans, are distrustful of medical research because of a history of exploitation. During an interview direct to the African Americans to delineate their feelings about clinical trials participation. They found that interviewees were afraid that physicians would not be honest with them about the risks associated with a study, and many were afraid of being a guinea pig.

There is literature that suggests that physician bias, false perceptions, and prejudices surrounding medical decision-making dictate the lower number of minority participants in trials. Research has shown that physicians are less likely to prescribe certain treatments to their minority patients. In conclusion, Physicians’ biases do affect actual treatment decisions, although they claim that this does not mean there is a lesser quality of care for minority patients.

Most minorities acknowledge that historically the have had poor access to medical care. In fact, some studies indicate that the majority of disenfranchised minorities have access only to providers and hospitals that have limited resources. Minorities are less likely than are Whites to have health insurance, a prerequisite for gaining access to many medical facilities and for some phase III clinical trials.

As a consequence, many minorities receive care only in an emergency room setting, where they are seen by a variety of physicians who are likely unfamiliar with them and unconcerned with enrolling them in a clinical trial.

About the Barriers Diversifying Clinical Trials

In conclusion, Lack of participation in clinical trials is often the most difficult part for a variety of reasons. A common tough is that this only affects minorities. But it does not only affect minorities in the United States, for example only 4 in 10 Americans have a positive impression of clinical trials. And only about one-third of Americans would be likely to enroll in one, according to recent survey commissioned by Memorial Sloan Kettering Cancer Center (MSK).